Chapter 11 of The Prince and the Pauper contains a very brief reference to two giants watching over a feast. It’s a brief reference, and was something that I didn’t understand the first few times I read it. Finally I decided to look into it. Today’s Historical Tidbit focuses on….

Keep reading or watch the video below to explore more about these unknown (at least to some) names.

In Chapter 11, Tom is enjoying himself at a great feast. Meanwhile, Edward is stuck outside the palace trying to get inside and reclaim his thrown. While the narrator is describing the scene at the feast, we encounter the following quote:

“At a lower table the Court grandees and other guests of noble degree were seated, with the magnates of the city; the commoners took places at a multitude of tables on the main floor of the hall. From their lofty vantage-ground the giants Gog and Magog, the ancient guardians of the city, contemplated the spectacle below them with eyes grown familiar to it in forgotten generations.” (p. 54)

Who were Gog and Magog?

There are many different myths and legends that involve Gog and Magog, but I’m going to focus on the ones that relate them being the guardians of London. Gog and Magog were two monstruous giants. Sometimes they are referred to as Gogmagog and Corineus.

As the story goes, Diocletian (a Roman emperor) had 33 wicked daughters. They were kicked out of Rome and were sent to an island called Albion. This island later would be called “Britain”.

Why did they become London’s Guardians?

As the story goes, Brutus (who some claim the island “Britain” was later named after) was a Trojan exile. He happened to land on the same island where the 33 wicked daughters had been sent. He was also the founder of “New Troy” which is what we now know as London. As some versions of the story go, Gog and Magog were two offspring of these wicked daughters. Brutus tamed them by chaining them outside his palace. That palace later became Guildhall, the location of this and many other great feasts in The Prince and the Pauper.

The Statues of Gog and Magog in Guildhall 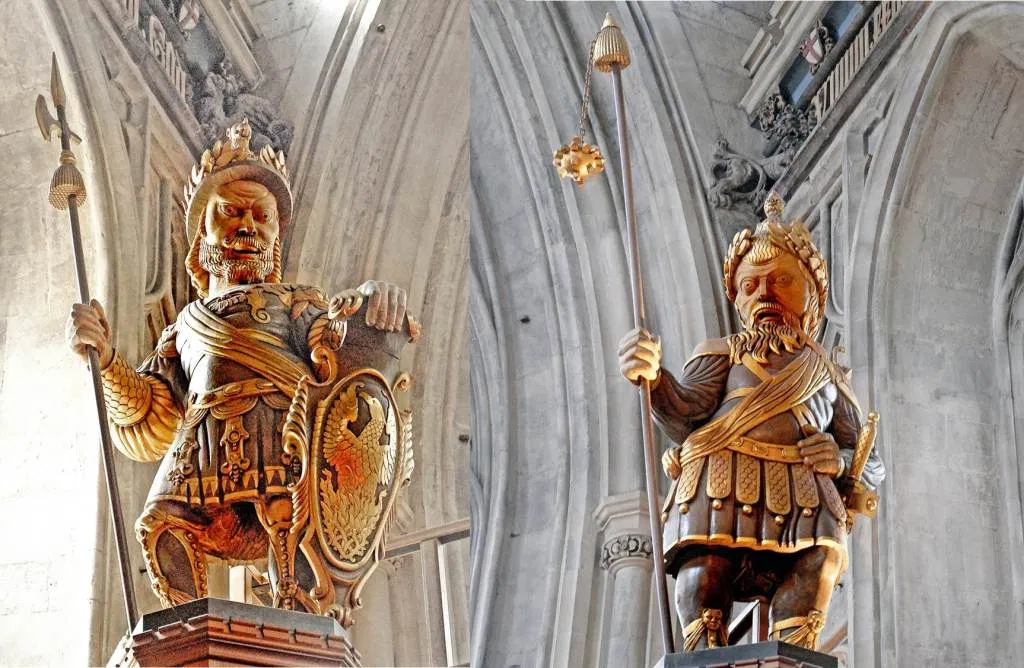