The Historical Tidbit for Chapter 12 of The Prince and the Pauper is one that pretty much everyone is familiar with. Most people hear this term starting at a very young age through the form of a children’s nursery rhyme. Today’s Historical Tidbit is….

Keep reading or watch the video below to explore more about this well-known landmark in London.

In Chapter 12, Miles and Edward are heading to the place where Miles is staying, which happens to be on London Bridge. Mark Twain then gives a lengthy description of the Bridge. Part of his description is featured below:

“Our friends threaded their way slowly through the throngs upon the bridge. This structure, which had stood for six hundred years, and had been a noisy and populous thoroughfare all that time, was a curious affair, for a closely packed rank of stores and shops, with family quarters overhead, stretched along both sides of it, from one bank of the river to the other: The Bridge was a sort of town to itself; it had its inn, its beer-houses, its bakeries, its haberdasheries, its food markets, its manufacturing industries, and even its church. It looked upon the two neighbours which it linked together—London and Southwark—as being well enough as suburbs, but not otherwise particularly important.” (p. 59) 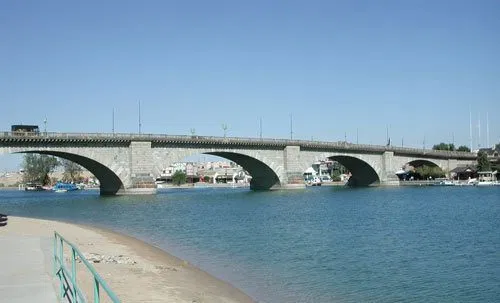