Have you every had an awkward experience where you challenge someone to an activity, assuming they wouldn’t be any good at it, only to find that their skills vastly outweigh yours? Hugo had the misfortune of finding himself in this exact same situation. Today’s Historical Tidbit for The Prince and the Pauper Chapter 22 is about…

Keep reading or watch the video below to learn about this ancient skill.

In Chapter 22, Edward has had just about enough of Hugo’s nonsense. Finally, Edward grabs a stick and he and Hugo face-off in a stick fight. Hugo, imagining his rival is a poor beggar boy, has complete confidence that he will win the fight at first. But that soon changes…

“But poor Hugo stood no chance whatever. His frantic and lubberly ’prentice-work found but a poor market for itself when pitted against an arm which had been trained by the first masters of Europe in single-stick, quarter-staff, and every art and trick of swordsmanship. ” (p. 137)

What fighting skills did Edward learn?

Was Edward any good?

“On May 3rd, at Greenwich, they tilted at the buckler and joined in sword-play, and the King tried his skill five or six times with the other young lords. The French ambassador, who had been summoned, spoke in public with the King, and said his Majesty had borne himself right well, and shown great dexterity. “ 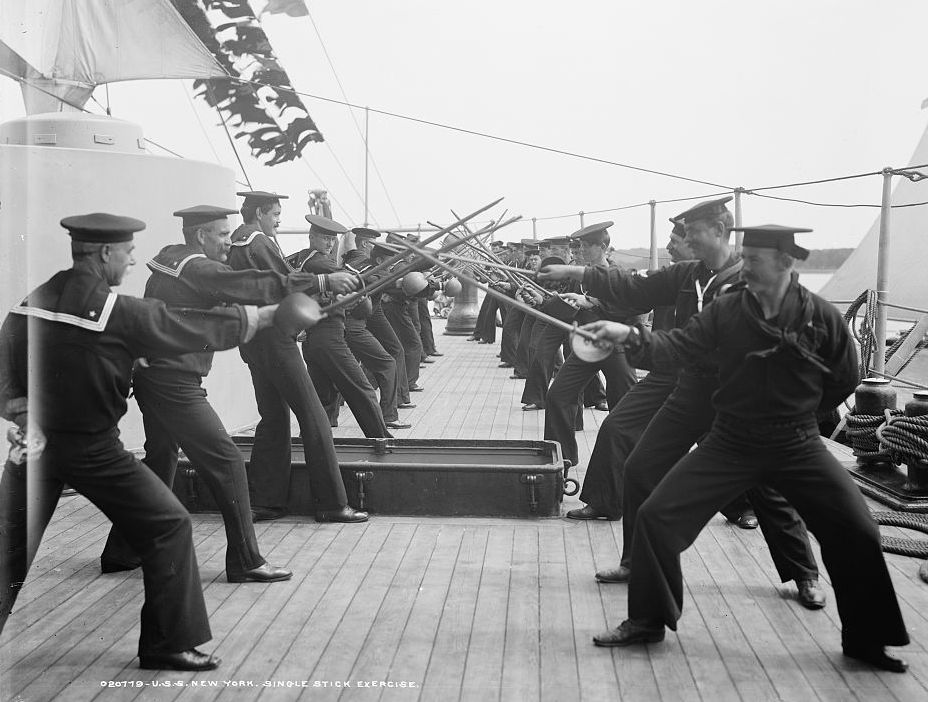 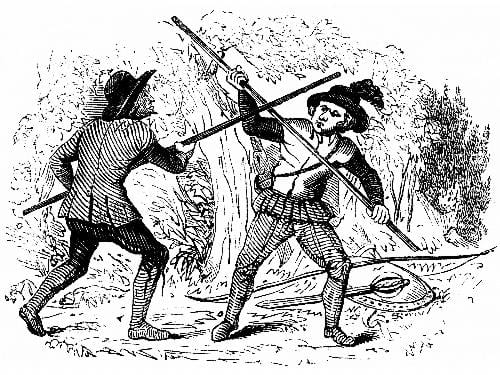